I have been searching for several hours for an automatic (unmanned) fire suppression system for my music and film studio.  I’ve got a lot of stuff (equipment, data, media, etc.) that I’d like to keep safe from fire, even when I’m not around, so just a fire extinguisher won’t do.

I started my search with Halon, because when I was a kid I saw a fireman do a demonstration at an Indian Guides meeting with this stuff, and it was AMAZING.  Evidently Halon destroys ozone like nobody’s business though, so it was banned in 1994.

The replacement is called Halotron, and is often used in auto racing and marine applications.  It’s great because there is no thermal issue (like with CO2, which can get really cold), and it leaves absolutely no residue (like dry chemical or foam, which will DEFINITELY damage equipment).

It’s strange that there are not more options for this out there (or, ANY options, as the case may be).  This seems like something that anyone with an expensive home theater or computer set up could really use.  And a delivery system for a relatively small canister of Halotron seems like it would be incredibly simple.

There is some indication that ceiling mounted “spot” fire extinguishers exist (basically an extinguisher you hang from the ceiling with a heat activated sprinkler head), but I can’t find a trustworthy looking source (lots of weird options from India, but that’s all I can find). 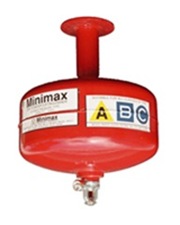 There is also a guy currently selling three Halon ceiling mounted fire extinguishers on eBay from his old business, so that is also an indication that these systems exist, or at least used to, but I’m definitely not going to buy his old, used extinguishers to protect my valuable equipment, media, data, and building. 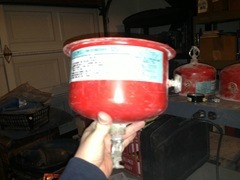 It baffles me that it would be so difficult to find an item that seems like it would have tons of applications for residences and small businesses.

Anybody with some information on such a thing, please post in the comments!

HTC One – maybe the best but a 4MP camera?

I recently broke my original Droid Incredible screen after nearly 3 years of constant, hard use.  I spent about two weeks researching phones to find a replacement.  So what was my final choice?

I ordered a new digitizer with the front housing, and it took me about 10 minutes to replace the broken glass.  I am still upset that Ice Cream Sandwich was recently released for the Thunderbolt and NOT the Incredible, but I guess I’ll just have to get around that by finally rooting the phone and installing a ROM that takes me to ICS.

The truth is, every phone currently on the market either sucks for one reason or another, or is the size of a dinner plate (which is its very own reason to suck).  Hopefully the manufacturers of smartphones will quickly realize that people who want tablets will buy them.  People who want phones need something that will fit in their pocket and can be operated with one hand. “Phablets” suck.  Period.  Even the moniker makes me feel like a douchebag just for saying it.

I was excited to see the new HTC One announced, but I’m on Verizon, and they are the only carrier on the planet who won’t be supporting the HTC One.

Turns out it doesn’t matter though, because the HTC One only sports a 4MP camera.  HTC is claiming it doesn’t really matter because they’re “ultra pixels” (ooooooh!), but while these “ultra pixels” might look fine on a screen, especially for being only 4MP (they may even look as good as 8 “regular” megapixels), you can’t print at the same size as an 8MP image.

I actually use my Droid Incredible for photography and fine art printing. The HTC One camera just won’t get me to where I need to be.