Girl Talk - Feed the Animals (Gregg Gillis is a hard workin' thief; nothing wrong with that) 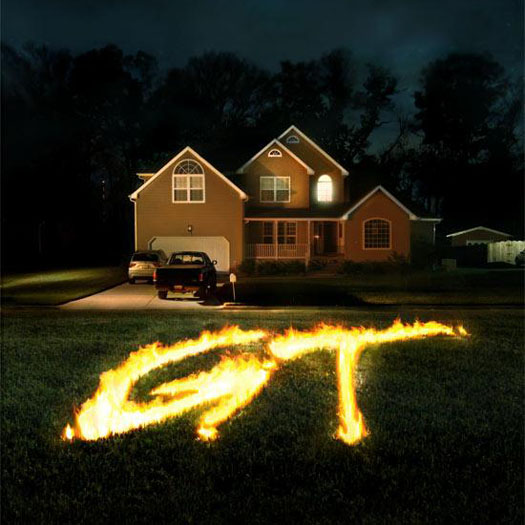 Me likey the mashup. Whereas medleys used to lift my skirt, technology and the MTV short attention span has paved the way to simply inserting snippets here and there.

Anybody who's seen me live knows I tend to pepper my originals heavily with bits of music and lyrics from other artists (Prince, The Cure, John Denver, Paul Simon, Twisted Sister, Tom Jones, Burt Bacharach, Quiet Riot, etc...).

I even gave the "real deal" a shot last year when Trent Reznor made files from "Only" available for a radio remix contest. I remixed, but also added snippets of "Head Like a Hole," "Closer," "Down In It," and "Hurt." I personally think it's better than the original, but then again I'm kind of a pompous bastard. Have a listen if you'd like. [Only (Used to Be Somebody remix) by Cats or Cars]

However, Gregg Gillis has taken it all the way, by creating an entire album of mash-up, putting things together that you'd never dream of. It's sooo much fun. A couple years ago I was loving Danger Mouse's Grey Album, but Feed the Animals goes the extra mile and sources from literally hundreds of songs spanning the decades in a genre meshing meet-and-greet that would make Dr. King proud.

Rod Stewart just morphed into Flashdance's "Maniac" super-high-speed rim shot and then subtly transformed into Procul Harem's "A Whiter Shade of Pale" ...all while serving as a base for Jay-Z, 50 cent, Ludacris and various other hip-hop/rap artists I should know but don't (white boy living in Colorado needs to expand his horizons).

Listening to this album is one "oh, man! are you freaking kidding me?!" after another (as I type this, Ace of Bass just paved the way for "Footloose").

Every song goes straight to the next, so clear your schedule and get ready to listen to the whole thing straight through (again and again). You'll thank me later.

Click the (rather lame) album cover image in this post to be taken to the Illegal Art (Girl Talk's label) download page where you can name your price. Put in whatever purchase amount you want and you're taken to a page with two links... one is the link to the album's Zip file (320 Kbps mp3's) , the other is a link to send moola via PayPal to Illegal Art.