Wolverine Declares: THE MUSICAL IS BACK

Before I get to the Oscars, I want to point out how primed the world is for MUSICALS. And hey, if it's an indie film to boot... well all the better! That's awesome news for somebody who just happens to be in pre-production on what stands to be the coolest indie-dance-musical of 2010. If you're not sure what I'm talking about, check out: LeadingLadiesMovie.com. I am currently producing (I'll also be editing and scoring) a film co-written by my main squeeze, Erika Randall Beahm. She'll also be co-choreographing with So You Think You Dance's Melanie LaPatin (also starring in the film's Sheri role) and co-directing with the film's co-writer, Jen Bechtel. 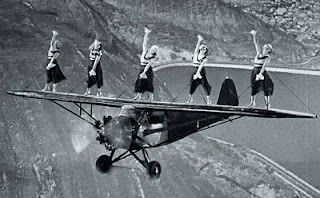 So the ball keeps rolling faster and faster like a beautiful, 1930's, deco, streamlined, steam-train, picking up more and more momentum to make Leading Ladies poised to be the best thing to hit the silver screen since Flying Down to Rio, Dirty Dancing and My Big Fat Greek Wedding all rolled into one!

Keep an eye out for developments on the film. The buzz is growing!

So, onto last night's festivities...

I feel like it's safe to say, last night was probably the best Oscar Ceremony of my lifetime. It wasn't the craziest, it didn't have the best speeches, it didn't have a super-whacky, expensive opening... it was just the overall best I've seen. It was a return to the "Grand Hollywood" of yesteryear. Performers were actual performers and producers and set designers actually went for it. It was classy.

First of all, Hugh Jackman is a bad ass. When the guy who plays the most ferocious of all the X-men can perform song and dance after song and dance and nail it... that's just awesome.

And can I take a moment to appreciate graciousness? First of all, Hugh Jackman thanked everybody, all the time. From the people who played bit parts in his skits and songs, to the [gasp] show's producer and designers! That's a true performer: somebody who knows who makes the magic happen... and is APPRECIATIVE of those "semi-invisible" roles.

Then, on top of Hugh Jackman's graciousness, there was the presentation method for the main acting awards. Fantastic actors appreciating the craft and being gracious to all the nominees. Awesome. Really nice.

And the set... the set was just beautiful. And they put the band ON STAGE! Not only that, but they were playing what I consider to be real Hollywood music. Stuff that makes you think of Duke Ellington, Les Baxter and Dizzy Gillespie. Fantastic. 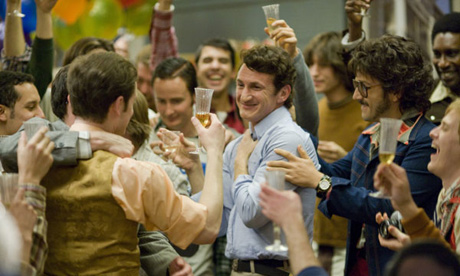 As an aside, I was sooooo happy to see Sean Penn win best actor. Yeah, it would have been cool for Mickey Rourke to make that kind of a come back, but just the fact that he was there was saying something (and I think enough). There's no denying Penn's performance as Harvey Milk. He was unbelievable... and then his speech. Speaking out in a poignant, articulate way (which is great, considering Penn's penchant for going overboard at times) to say (in regard to Prop. 8), "...it is a good time for those who voted for the ban against gay marriage to sit and reflect and anticipate their great shame and the shame in their grandchildren's eyes... we've got to have equal rights for everyone."

What's up, bigots? Mr. Penn is calling you out. You're embarrassing your grandchildren. What a great way to put it. It's time for equality; how can you deny it?

And last but not least... Slumdog Millionaire. Bollywood finally breaks down the doors of Hollywood like gangbusters! The movie was fantastic, and it was rewarded appropriately. And the energy and love among the cast, the feelings that kind of swept over the whole audience and made everybody smile, nay, beam... just glorious. And props to A. R. Rahman. Not one but TWO Oscars for music. That dude is a bad-ass.

So last night was just a truly enjoyable Oscar ceremony.

And don't forget, the indie dance musical is poised to take over Hollywood. Tell your rich uncle to invest in our movie!!!!