I wasted pretty much a whole day figuring out how to transfer data from a CF card to a USB stick and/or hard drive using only Android.  I say “wasted” because I was trying all these things that in the end I found out I *DIDN’T NEED TO MESS WITH!*

All the research I had been doing regarding “dumping cards in the field using Android” (simply transferring data from a CF or SD card to a hard drive for back up and card reuse) led me to believe this was a very involved process requiring special cables, apps, altering the functionality of your device, etc., etc.

Almost none of that is true, or at least, it’s not ANYWHERE near as big a deal as people would have you to believe. 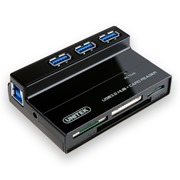 ong story short, if you plug a powered hub with a CF reader and USB ports (I’m using the Unitek USB3.0+Card Reader :: Y-3123) into your device via an OTG cable, it will probably work right off the bat (wish I’d have just tried that first!).

So why did this take me all day?

I thought I was being all clever rooting a Galaxy S5, installing CyanogenMod 12.1, and then downloading various apps that in combination would allow the transfer happen.  I thought I needed [root]StickMount. I even purchased the Pro version.  But at this point, I really have no idea what StickMount is even for.  Your device will likely read a USB stick as is.  There is no need for this app (or rooting your device for that matter).

In the end, the stock Samsung TouchWiz Lollipop OS worked great.  The stock OS on my LG Gpad (Kit Kat) also worked great.  In fact, with the Lollipop on the S5 (from Verizon), there is a really nice little area in “My Files” that allows me to easily pick between USB Storage A (the CF card) and USB Storage B (a USB drive)… though “My Files” doesn’t allow me to see my 750GB NTFS drive (see below for that bonus action).

This set up also works like a champ with my stock LG Gpad 8.3 (Verizon Kit Kat).

This means BOTH my devices, as stock (Lollipop and/or Kit Kat), are able to transfer data from a card to a thumb drive (either FAT32 or exFAT) via a hub (you may need a powered hub, depending on how much power your device puts out and how much power your card and USB stick require).

Here’s the bonus: if I use the Paragon Technologies GmbH plugin for Total Commander, my Galaxy S5 and LG Gpad 8.3 WILL allow me to read/write to/from the 750GB NTFS drive and it doesn’t even require root access to the device (very cool)!  I have found that I actually need to install two plug-ins for Total Commander to make an NTFS hard drive, a card, and a USB stick all work together.  You need USB Stick Plugin-TC by Ferenc Hechler to use both NTFS and FAT32/exFAT.  For some reason, if you install the NTFS plug-in, Total Commander treats everything plugged into the hub as NTFS, thus non-NTFS drives (CF card and USB drive) are not recognized.  Installing the Stick Plug-in restores Total Commander’s ability to see the card and USB stick with the NTFS drive.

If your device is rooted, there is actually a patch that someone on the XDA Developers forums has come up with that will allow Android to read/write NTFS, but the installation is a little more involved (dropping files and modules into particular directories on your device), so going the Total Commander route is just a little easier in my opinion.

All said and done, the actual data transfer takes a while, but by transferring directly from card to hard drive (or USB stick) you eliminate the extra step that a lot of people are going through when they transfer from a CF reader to their device’s SD Card and then back out to a Portable Hard Drive (though if your device’s SD card is big enough, leaving a copy of the files on the SD card offers additional back up).

On my LG Gpad 8.3 tablet I dumped 9GB from a 16GB SanDisk Extreme (160MB/s) CF card containing RAW files and .MOV files (from a Canon 7D) to a USB 3.0 (not that it matters –the connection is USB 2, thus that’s the speed limit) 16GB Transcend USB stick in roughly 23 minutes (not awesome, but probably fast enough to transfer while you’re shooting another couple of cards).  Later that day, I transferred a full 16GB CF card (600x Transcend) to a 5400RPM 2.5” portable HD formatted exFAT, and it actually took less than 23 minutes.

To reiterate: I am confirming that with both the Samsung Galaxy S5 and the LG Gpad 8.3 I can use a powered hub to plug in a 16 GB CF card (FAT32), a 32GB USB drive (exFat), and a 750GB external NTFS hard drive… all at the same time… and transfer data between all three devices (not to mention the device they are all plugged into).

Furthermore (and obviously the easiest way to go), if you format an external hard drive using exFAT or FAT32, your Android device will almost certainly allow you to dump data from a media card to the hard drive without making ANY modifications and by simply using the stock file explorer on your device!

I will also state (though I have no good reason for this), the transfer seems to work most consistently, without glitches, without having to try several times, on Kit Kat (with my Gpad).

While we’re on the topic, let’s explore this magical “OTG cable.”  It’s a cable that has a male micro USB B to go into your device, and the other end has a female type A USB.  That’s it.  The only thing special about this “OTG” cable is that pins 4 and 5 are jumpered.  In fact, as shown in this Makezine article, if you’ve got a micro USB cable and a USB 2.0 cable lying around, you can splice them together to make your own OTG, just be sure to jumper pins 4 and 5 (because: “When the sense pin is connected to ground, the USB OTG device attached to the cable enters host mode. If the sense pin is left in its usual disconnected state, the USB OTG device will remain in slave mode”).

Posted by The Invisible at 9:36 PM