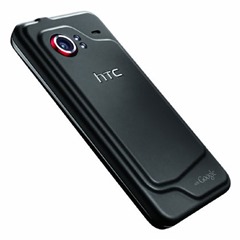 The HTC Droid Incredible ADR 6300 (1st gen) has my vote for best phone of all time.

And yes, the Incredible doesn’t have 4G LTE capability and maxes out at 3G, but I don’t care.  I just want something that fits in my pocket so I can make phone calls, take pictures, listen to music, and occasionally comparison shop by checking a price online while I’m at a store.  Sure it’s only running Android 2.3.4, but who cares?!  I don’t need Marshmallow to do any of the things mentioned above.

My tablet (LG GPad 8.3 VK810) and other devices (two rooted Galaxy S5’s) tethered to the tablet via Bluetooth take care of my higher speed data needs on the rare occasion I need a faster connection via mobile device, and when I’m traveling or on location for photo/video work, I’ve got those with me for the larger screen, faster data connection, updated Android OS, and more processing power.

But the biggest factor in my decision?  SIZE.

All currently available phones SUCK as far as size goes.  They’re just WAY too big!  They hurt my hand and just barely fit in my pocket.  At 4.5” x 2.25” the Droid Incredible is perfect.  If I need a larger screen for video, I’ve got my tablet.

Before there were all these power banks so readily available now, you needed to actually swap out batteries, and the Incredible was king.  I have three high capacity batteries.  I can fly from Denver to Tokyo, watching videos the whole way, without worrying about running out of juice.  I’m more likely to use a power bank now, but it’s comforting to know I’ve got extra batteries that are VERY easy to swap out if I need them.  Not to mention my bedside charging dock also has a slot to charge an extra battery.

It’s true that the Incredible has issues in regard to internal memory, BUT it also supports micro SD cards.  My current Incredible has a 128 GB micro SD card.  And I’ve got extras for traveling with even more movies and music and photo/video storage.  I’ve got THOUSANDS of movies and lossless music files available (without streaming) at any given moment.

Why did mobile makers end this fantastic feature?!  My Droid has an optical cursor pad that allows you to move your cursor around the screen instead of trying to pin point your cursor location with your big, fat finger on a mobile screen while you YEARN to at least have cursor arrows always available (aggravating on even the largest of current devices).  Not only that, but it functions as a PHYSICAL button for camera, etc., and since it’s optical, it could have also functioned as a fingerprint reader if they’d have taken the next logical step.

The Incredible’s USB port is on the side.  That means the charging dock orients your phone in landscape.  It’s perfect for watching video while connected to power and using as a bedside clock.  Why did phones stop doing this?!

Why are companies putting 4K screens in mobile devices?!  There is a massively diminishing return on pixel density and resolution for mobile devices, especially since the screen is the number one thing that gobbles up battery power.  The size and resolution of the Droid Incredible is a serious sweet spot that shouldn’t be ignored.

Not to mention, I’ve replaced the screen 4 times (I’m hard on phones).  It costs $10 to do so (cheaper than a screen protector on a lot of phones).  It’s an easy swap, and the screen has always been cheap and readily available via Amazon.

True, the phone only has an 8MP camera, but the results are actually quite good (though this phone was before phones had HDR, so I do really miss that), and I love that the phone is so tiny that people are less likely to notice you shooting like when you’re using one of today’s GIANT phones.  Plus, the Droid Inc. was the first phone to have a decent LED flash (though it still sucked, as do most LED flashes available on new phones), and one that could actually be TURNED ON to use as a flashlight!  There is also no front-facing camera for video calls, but that’s something I actually prefer.  If I want to make a video call, I’ll use my tablet.

So the Droid Incredible doesn’t have a SIM card or LTE, only has an 8MP camera, has some internal memory issues (that can be worked around), and is maxed out at Android 2.3.4.  But all these things considered, to me it’s still a better phone than anything offered today.  For a phone from half a decade ago, that’s pretty… Incredible and STILL the Droid that I am looking for (to my credit, I didn’t do either of those things until now).

The current contenders that just don’t cut it:

The ONLY currently viable available-to-purchase-new phone where the size is right.  The camera is awesome.  It’s got (had) the best processor available (Snapdragon 810 octacore) until the Snapdragon 820 comes out with the new Flagships this week (S7, G5, etc.).  This is the phone I would have if I could, but I’m not willing to pony up $450 for a phone that might work using only LTE on Verizon’s CDMA network (it’s a GSM phone).  Again, this would be THE phone for me, but no US carrier sells it, so you have to buy it unlocked and outright, and the US warranty version has slower data speed than the euro version and no fingerprint reader.  I can buy the euro version via Amazon, but it’s a gamble.  Why does Sony always take it right to the line and then drop it?!

The “modular” thing seems to me like a gimmick and defeats the purpose of having everything you need in/on your phone at all times by requiring you to insert modules.  Why not just carry around separate devices for all the things those modules cover?  How is it different? Plus, the phone is gigantic.

The camera is amazing.  The audio processor is amazing.  It’s beautiful.  But the phone is FREAKING gigantic.

The S5 has been my main phone for a couple years.  The camera is pretty good (I actually shot a 4K video shoot with it… UNDER WATER FOR 8 HOURS!).  The hardware is actually pretty amazing.  However, the way Samsung and Verizon have absolutely crippled the phone is shameful.  Not a day goes by that I don’t scream “I HATE THIS PHONE!” But it’s not the phone’s fault, it’s the software.  I’ve got a second G5 that I rooted, and it’s fantastic.  But again… the phone is huge.

Meh.  The camera in the M8 was supposed to be a game changer, but it’s really not all that (in fact, it’s quite bad).  I do love the stereo front facing speakers and how the phone looks.  And now in 2016 CFO Chialin Chang is promising, “We can confidently say that HTC will have a very, very compelling camera experience,” but I certainly don’t trust that statement, because it’s what they said about the sh*tty camera they put in the M8!  Also, it’s just too big!

Not for Verizon.  Even on AT&T there were lot’s of problems with the bandwidth not being correct for the US market with earlier phones (1 and 2).  I’m just not willing to take the gamble.  Plus, its too damn big!

Seems to be a pretty good phone, though I don’t like the “bump out” for the camera lens on the back.  But it’s gigantic.

I hate Mac and it has no place in my work flow.  The end.  Well, maybe not the end.  To be fair, Mac has the prettiest hardware.  I actually like the form factor of the iPhone 5s.  And the iPhone 4 is probably my favorite mobile phone form factor of all time (I love the metal edge with the metal buttons and flip switch).  But with my work flow and being a control freak, I just can’t live in the Mac world.  I also hate how they obsolete (yes, I’m using “obsolete” as a verb) their own hardware every 10 seconds.  Seriously?  You can’t realistically run the current iOS (9) on their last gen phone?! Ridiculous.  And the iPhone 6 (and especially 6 plus) is… too big!

Posted by The Invisible at 9:48 AM