The World of Streaming Radio

I just drove across the United States listening to internet radio the whole way.  Not broadcast radio, streaming media.  In fact, I actually changed my route from a rural highway (it was pretty early in the day, but it didn’t really matter in the pitch black of night) to a major interstate loaded with cell towers just so I could pull 3G.

Slacker became my friend.  Pandora was there too.  I tried out doubleTwist’s radio, but you can only utilize their stations (not build your own), so I quickly abandoned them for my radio purposes (still love their sync!!!).

I like how Pandora’s thumb up and thumb down rating systems works WAY better than Slacker.  It’s also pretty lame that there’s a limit on banned songs/artists with Slacker’s free version.  I understand not being able to FF past a certain number of songs in a free version, but not being able to eliminate things you don’t want to hear next time?  That’s ridiculous.

I found myself listening to music with Pandora, and comedy with Slacker (“Mitch Hedberg Radio” wound up playing a lot of Hedberg, Jim Gaffigan, Patton Oswold, Jerry Seinfeld, Lewis Black, George Carlin, and Brian Regan, so I was pretty happy with that station).

I quickly ran out of podcasts as I haven’t ever really been very religious with any source.  I had a couple I’d downloaded previously (Coverville and Fresh Air), but only a couple.

I tried to find a decent Podcast App from the road.  Evidently people only download Podcasts from their computers.  This seemed incredibly odd to me (that there weren’t any good programs to find and download podcasts from your phone).  The best I could find was Google Listen (still beta in Google Labs), and it was pretty abysmal.  It was easy to find the podcasts I wanted, but Listen uses a proprietary player which was evidently coded by a third grader with no thumbs.  The player randomly skips back to the beginning at any given moment, and there is no way to easily get back to where you were, as once that happens, the position of the slider corresponds to absolutely nothing.  There are FF and REW buttons that skip forward/back at 10 second increments, but using the buttons almost always results in the podcast going all the way back to the beginning (again, regardless of where the position shows on the timeline).

Luckily, if you wait for the podcast to fully download, you can find the files in a folder marked “com.google.android.apps.listen.”  They are without a file extension, and named as a random group of numbers (like songs on an iPod) to prevent you from finding and playing them I suppose.  I simply clicked on the files with Astro or AndroFile and selected open as music and was able to listen to the podcasts.

So while Google Listen does a good job of finding podcasts and downloading them, it’s pretty useless in playing them.  I have NO IDEA why they feel they need to add a player to the app.  Just download the damn file and let me play them with my player of choice!  Perhaps it’s Google’s way of trying out a music player they’ll be launching, but right now it’s just super annoying.

So I drove across the United States listening to the interweb.  Pretty cool.  There were a few times when I lost 3G in the bowels of Kansas, but for the most part I was able to keep listening.  Only a very few times did I lose my stream, and it was usually only for 20 or 30 seconds. 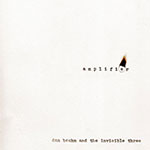