I was finding that anytime I tried to use Swish Pan, any video “behind” the transition effect (below the clip on the timeline), was getting blocked out by the transition.  In other words, when the Swish Pan was happening, I was looking at a black screen with the text doing it’s thing (no video visible –only text).

What I discovered is that the effect defaults to a 100% background opacity, which does not allow the effect to work correctly with a text title (where the background needs to be completely transparent).

The fix is to click the “custom” button at the bottom of the “Effect Controls” panel for Swish Pan. 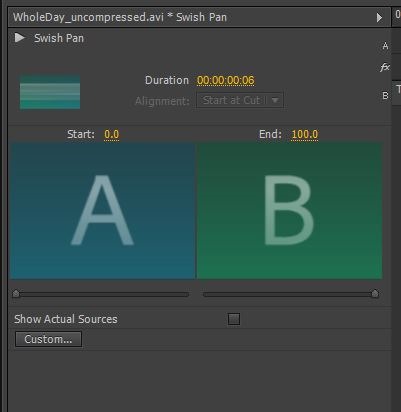 You will get a pop-up dialog box that contains a field for “Background Opacity.”  You need to change that background opacity to 0.0 and then the transition will perform correctly with your text title.  You may also want to change the “exposure boost” at the bottom of the list from 1.0 to 0 so you don’t get a brightness “pop” when the effect occurs. 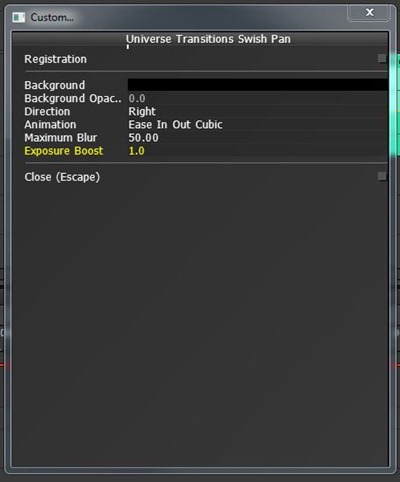 Posted by The Invisible at 3:15 PM