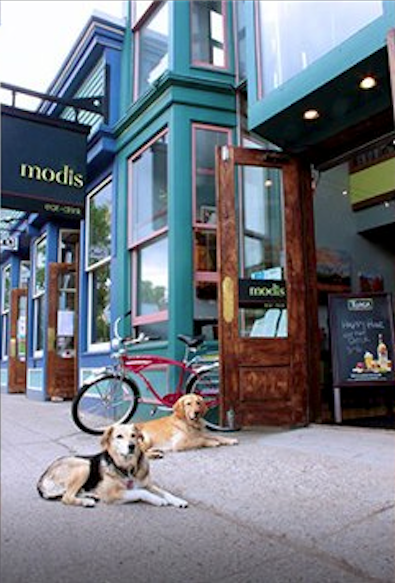 Yesterday E and I headed to Keystone for some winter fun time. I boarded while she hung out and read a book (she actually likes to do that sort of thing). Apres Ski (ooo, fancy!) we headed to Breckenridge and grabbed dinner at Modis. We just kind of stumbled onto the place, but it was actually great. Erika had the fish special and I had lamb. Maybe the best lamb I've had in a decade? Nice find. 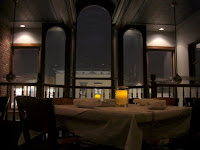 The ambience was pretty good too, and we were there early enough to avoid the wait (2 hours at 6:30p) and get a great table on a balcony overlooking the whole restaurant.


But here's the real fun: post noshing we heading back to Keystone to catch a free Devotchka show. It was fantastic. I was wondering how they were going to keep their instruments in tune, let alone keep their hands from freezing. I've played outside in the fall in the mid west, and that was bad enough. But to make things even more tricky, it starting blowing crazy snow right before the band took the stage. Blizzard type stuff. Devotchka plowed through (eh-heh-heh) and it was AMAZING. It looked like they were playing inside a snow globe. There was a three-person video crew, so hopefully they got the best concert footage ever. I captured a little bit of it with my digicam, but it of course doesn't do the event justice.

See another video with even better snow here: http://www.youtube.com/watch?v=iiOLsXf9ODs (don't forget to click "high quality")
Posted by The Invisible at 1:05 PM