update: The shutter lag on this camera is infuriating.  Wanna take a picture of a baby or a dog (pretty much the only two things I photograph)?  TOO BAD!  By the time the camera actually snaps a shot, the subject will be in Timbuktu.  Wanna do it with the flash on?  Forget it!  I’ve had to wait up to three full seconds for the camera to actually fire.  Disappointed to say the least, which is a real bummer, ‘cause I thought I was going to love this camera.

I was hiking on some wet rocks and fell on my damn camera.  The screen is now a giant spider web.  I’ve had that Casio EX-V7 for more than five years, and I loved that camera (though I did have to send it in for repairs, luckily under warranty, not once but twice when I dropped it and it was bricked by the image stabilizer).  I especially loved the speed with which it could power up and shoot.  Also the speed with which it could simply shoot and re-ready itself for another shot.  There is no camera on the market that can match it.  I also loved the fact that it had an optical 9x zoom, with NOTHING PROTRUDING (the magic of mirrors, I assume).

I have to say, after a couple of weeks of online research and then “hands on” experiences trying out various cameras, I’m not too thrilled about the pocket-point-and-shoot offerings of Summer 2011.  At least not in the realm of power-up-shoot and/or shoot-and-shoot-again (which, let’s face it, is the most important factor in a pocket camera). 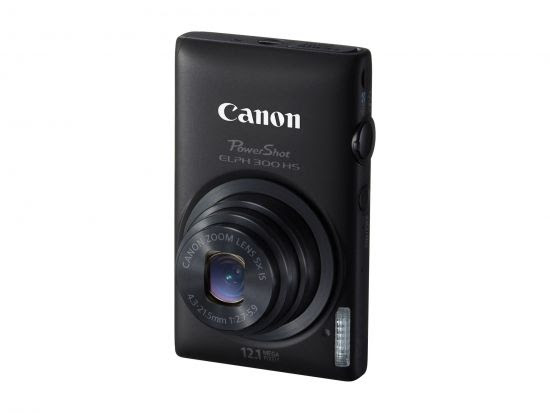 So though it doesn’t match the speed of my beloved Casio EX-V7, and though it has to pop-a-woody when powering up to shoot, I’ve chosen the Canon Elph 300HS as my new pocket shooter.

I ended up buying it from Best Buy, because I needed it that night for an Andrew Bird / Haley Bonar concert.  It sucked that I had to buy an SD Card at a retail store, but there was an 8GB class 10 card on sale for $20, so it wasn’t too outrageously overpriced (this to say: the camera does not come with any memory).

The still shots from the evening were surprising.  The actual photos from this camera do beat out my Casio by a long shot.  And I was amazed by the low-light shooting capabilities (both still and video).  The video isn’t on par with a dedicated video camera (some jitters and some trouble focusing), but it’s nice to have a full 24p HD option in my pocket when the situation arises.