When beginners are getting into the DSLR cinematography game, they tend to forget about the cost of glass.  Yeah, that Canon 60D is only around a thousands dollars, but you’re going to need to spend at least that much again on lenses to be up and running with any kind of versatility. 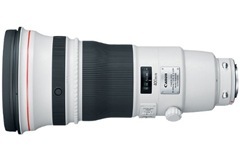 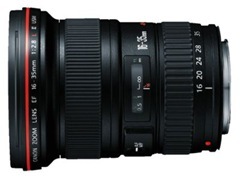 Not only that, but the above lenses are mainly intended for shooting still photography.  Cine Lenses are the ultimate for shooting video, but they cost even more!  For instance, this EF mount (Canon) 85mm Zeiss compact prime goes for $4,000. 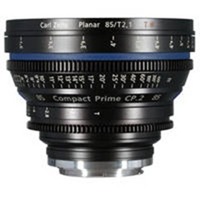 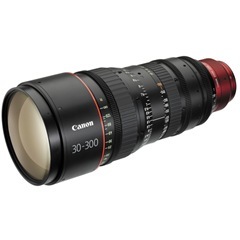 What are these Cine Lenses I speak of?  Without going too deep into it, basic/general differences in “cine lenses” are greater turning radius for focusing, no “click” when changing the aperture, often more iris blades for smoother Bokeh, geared inner focus rings to reduce “breathing,” and generally better build quality and glass.

Where To Start
I want to put together a collection of “starter” lenses… good, solid lenses that will accommodate a wide range of shooting scenarios without breaking the bank.  I’d like to have a good set of “primes” and maybe one or two decent zooms.

“Primes” are fixed focal length lenses. You want primes with a low aperture number, or f-stop (meaning a “faster” lens that works in lower light and has a greater depth of field).  Generally a small set of primes will include something like a 14mm, a 24mm, a 35mm, a 50mm, and an 85mm.  Keep the “crop factor” (see below) in mind when making your list (with cropped sensor cameras like the 60D and 7D, your lens is actually “longer” than what it says on the side!)

Obviously 5 lenses aren’t always practical when considering the pocket book, and this is where a good zoom comes in handy.  Finding really good wide angle zooms (especially with a low f/stop) is more difficult than, say, a 24-70mm or even a 24-105mm, so you will likely want to purchase wide primes, and then let your zoom take care of your longer focal lengths.  That said, the first lens I’m dead set on getting is the Tokina 11-16mm f/2.8.

Here’s a good post on the topic of purchasing “first time” lenses for video:
http://www.lightsfilmschool.com/blog/best-lenses-for-canon-5d-7d-and-1d/887/

The Crop Factor
Most DSLR users already have this ingrained in their mind, but you need to remember that the T3i, 60D, and 7D are cropped sensor cameras, so when you slap a 50mm lens on the camera, you’re effectively using an 80mm lens (because the image is cropped, it’s virtually magnified). The T3i, 60D, and 7D all have a magnification factor of 1.6x. Click here for an explanation.

Here are some common lens sizes and their corresponding 1.6x “effective” size.


Purchasing Older Lenses for Video
Older lenses can be nicer because there is often more distance in the rotation of the focus ring, thus it’s easier to focus manually (and often smoother than the newer lenses as well). Not to mention you can find older lenses for CHEAP!

Different lenses will have different looks. Some are “softer,” and there will even be a change in the image color from lens to lens. Thus, when building a set, it’s good to get lenses with similar properties.

On the “softness” topic: A lot of people feel that the sharpness of a lens doesn’t matter as much when you’re shooting video, because the image is essentially only 2MP (HD screen size). Still, it’s a good idea to test drive a lens to see what your image will look like before dropping a huge chunk of change on a lens. Some lenses may be so soft as to be unusable.
Different manufacturers have different “mounts,” so you need to be sure you have an adapter that allows your lens to be used with the Canon EF (EOS) mount.

When purchasing an adapter to use older, manual lenses, bear in mind that the adapter for using old Canon lenses (FD mount) contains a piece of glass. Your image will be softer, and more importantly, it can often be difficult to focus at infinity (the the distance from the piece of glass to your sensor isn’t exactly right). The Nikon to Canon EF (EOS) adapter is a simple metal ring, so old Nikon lenses are the way to go.

NOTE: You need to be VERY careful when using lenses that weren’t intended for your camera, because sometimes the lens can actually stick out too far and hit the mirror or other internal workings of your DSLR. My advice is to research online the specific set up you’re trying to use. Chances are, someone else did it before you did, and you can learn from their (often expensive) mistakes!

Here’s a post with lots of links and information about using Nikon lenses with a Canon camera from famed digital camera reviewer, Ken Rockwell:  Using Nikor Lenses on a Canon

Lens Mounts
Color Key: Good, Not Really Recommended, Do Not Use

Canon EF-S The “s” is for short. more information at Wiki
Canon FD (1981-1987)
Replaced FL. Can be used with an adapter, but the adapter contains glass that will definitely soften the image and often makes infinity focus difficult or impossible (if the glass isn’t positioned at exactly the right distance from the sensor).

Nikon G (2003-present)
G lenses are F mount, but they have no aperture ring. Starting in 2007 a company started making an EF adapter for the G lenses that introduces the aperture ring.

Pentax K
Be careful about K lenses protruding into the camera body and hitting your mirror/sensor! Many adapters (specifically glass-less ones) specify that they are for cropped sensor Canons only (not film and not full sensor).

Leica R (with limitation on certain lenses –see below) From CameraQuest: “R Lenses Which will NOT work: Strangely enough not all Leica R lenses protrude in identical ways into camera bodies. The following Leica R lenses are reported to have mirror clearance issues with most if not all adapted EOS cameras: 15/3.5, 16/2.8, 19/2.8 Second Version, 21/4 Mirror Lock Up Version, 35/1.4, 35-70/2.8, 80-200/4.5 First Version. The 24/2.8 and 28-70/3.5-4.5 (2nd version) will not work on the EOS 5D because the rear element protective guard hits the mirror. The 21-35/3.5 Aspherical and 28-90/2.8-4.5 Aspherical is reported not to work on the 1Ds Mk II. Keep in mind there are minor design changes during a lens' lifetime (most of which are not reported by manufacturers), and so the changes are unknown to the public. The first time you mount any adapted lens to any adapted camera, it only makes prudent sense to carefully check mirror clearance. The Canon 5D has a larger than normal EOS mirror, so take extra care mounting lenses. This list is not represented as complete. If you find other Leica R mount lenses which will not mount safely on the EOS adapters, let me know and I will add to this list.”

Contax/Yashica (often seen as C/Y mount) (With exceptions)
From CameraQuest: “LENSES WHICH WILL NOT WORK: Reportedly the following adapted Contax lenses are not compatible with the EOS 5D: 18/4, 85/1.2, and 135/2.  There have been conflicting OK/Not OK reports on the Contax 28/2.8, perhaps suggesting unreported lens variations.  Lens mount variations have been reported on the 28/2.8 MM and the 35-70 MM lenses.  These lenses may require about 1mm to be filed from the end of the brass locking latch,  before the lenses will lock on the adapter.  Take note that if you do this modification, the adapter may or may not lock on other Contax lenses.


Winners (I’m definitely getting these, and will keep updating the list):


Tokina 11mm-16mm f/2.8 (around $700 street)
I’ve heard a few complaints (though very few) about minor distortion at the edges when shooting around 15mm; these people normally then state that they purchased the Canon 10-22mm EF-S instead, but it costs more and is f/3.5-4.5 instead of fixed at f/2.8 like the Tokina.

UPDATE: I actually found a couple of Nikon lenses on Craigslist.  Someone was selling their old Nikon camera, and these lenses came with it.  Not sure what I’ll be doing with the camera, but I now have a 28mm/2.8, a 50mm/1.8, and a 70-200/3.8 all for under $150.  They won’t likely remain my go to set of primes, but they’ll definitely get me started so I can take my time putting together my “real” lens kit.  I got on Ebay and purchased three of the cheapest Nikon F to Canon EF adapters at $10 a pop, and bought three back caps from Amazon for $4 a piece.  Everything arrived, and I got lucky because everything fits tightly (sometimes the caps or adapters will be a little loose, and thus no good).  I also purchased a set of JIS screw drivers (drivers for Phillips head looking screws which are slightly different and typically used in Japanese made computers and cameras) and took apart the lenses to de-click the aperture ring.  I’m still looking for a good grease to use for the focus and aperture rings, but I’ll write another post on that soon.

An interesting post comparing cameras and the human eye that I stumbled upon while researching this post:
http://www.cambridgeincolour.com/tutorials/cameras-vs-human-eye.htm

Posted by The Invisible at 3:25 PM