My Next Phone Will Be a… Sony?

I am SOOOOOO sick of these GIANT phones they keep cramming down our throats.  If my HTC Droid Incredible had 4G/LTE I would be in heaven.  I would immediately switch back, old processor and almost no RAM be damned.  I long for the feel of that tiny and wonderful little powerhouse (at the time it came out) in my hand and pocket.  When I’ve been using my Samsung Galaxy 5 and then pick up my Droid Inc., it feels like I’m holding a matchbook.

I’m not quite ready to go “watch small” (plus, I wouldn’t be able to live without a really decent camera on me), but I can’t take these dinner-plates-as-phones any more!

Not only that, but I’ve been EXTREMELY unhappy with my GS5.  I’m not sure if it’s Samsung’s fault or Verizon’s, but the user experience on this powerhouse of a piece of hardware is just abysmal.  Never have I had a device butt-dial like the horrible GS5.  If someone texts, the phone wakes up… in your pocket.  I’ve actually had my phone dial Australia (among many, many, many other super-annoying things).  There is no way to disable this HUGE problem short of completely disabling ALL text message notifications.  If you want to know that your phone received a text, it will wake up in your pocket and dial your grandmother.  Period.

There are a bunch of other gripes about the phone that I won’t go into in this post, but what seemed on paper like it would be the best phone ever has just turned out to be a horrible, horrible user experience.  Not a day goes by that I don’t complain about how much I hate using the Samsung Galaxy S5 (even though I did use it to shoot an underwater film at 4k, which was a pretty crazy thing when the phone first came out).  I actually have a second GS5 that I rooted, and that’s better (though far from perfect), but it’s such a PITA to root and maintain a phone, especially once the GS5 upgraded to Lollipop, that I’m just ready for a new phone.

Wading through the possibilities, I find that the only phones available are these giant, god-awful eye sores that you can’t use with one hand (and I’ve got pretty big hands!). 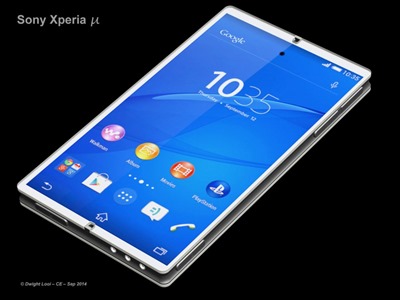 If this Sony Xperia Micro concept phone designed by Dwight Looi were real, there is no question it would be my top choice for my next phone.  But since it’s just a concept, I’ll have to settle for the slightly larger Xperia Z5 compact. 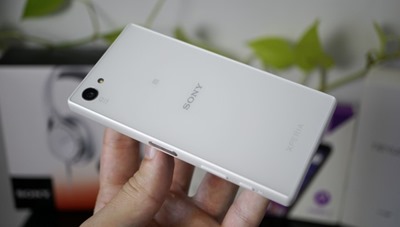 What do I like about the Z5 compact (other than the fact that at 4.6” diagonal it’s the smallest “flagship level” smart phone you can get in the US right now?):

It’s still going to have Sony bloat software (some of which you can supposedly disable), and since I’m on Verizon I’m sure they’ll crap it out with a bunch of garbage, but at least Android is doing a decent job of letting you disable a lot of Verizon’s atrocities.

It sucks that only the larger model is available in metal, but at least the Compact is matte plastic (not the shiny, slimy, plastic that most manufacturers are opting for these days).

Yes, the Z5 cameras don’t have optical image stabilization (though it does have Sony’s “SteadyShot”), but that seems to be the only reason the camera loses to the GS6 and LG G4 in camera comparisons, and supposedly the Samsung GS7 will be adopting the current Z5’s sensor.  So while Sony is KILLING IT in the photo/cinema world right now (low light sensitivity in the mirrorless AR7II is mind boggling), for some reason they aren’t putting that same “HOLY SH*T!” oomph into the cameras on their phones… but I think they’re still pretty damn good.

Oh… by the way, the Z5 Premium will be released later this year with a 4K display… on a phone.  Who the f*ck cares about a 4K screen on a phone –especially if it makes the phone HUGE, which is the biggest problem with today’s phones in the first place?!

Posted by The Invisible at 1:22 PM