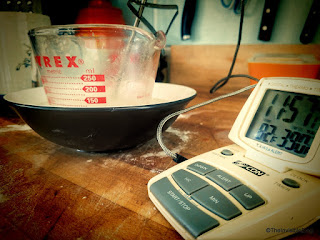 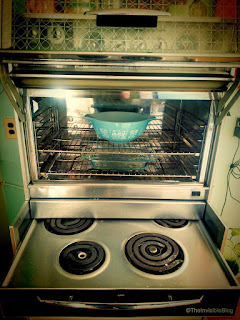 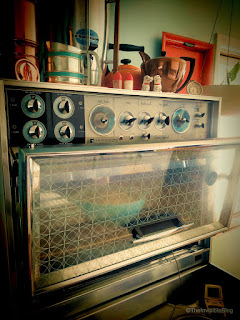 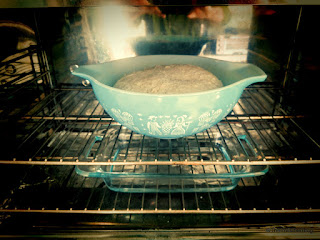 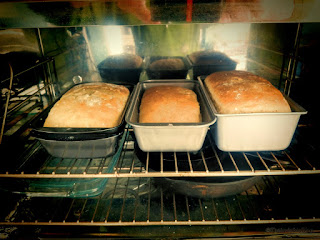 So that's it.  If you're having trouble getting your bread to rise, and you know your yeast isn't dead, chances are things aren't warm enough!
...
Posted by The Invisible at 2:11 PM