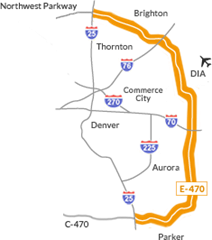 Hi, this is a question for Jake from above (although I see this was from a while ago so anyone who has input I'd be happy to hear from)
I pay through expresstoll and am in good standing with them. I just got a bill from go-pass for $306.25!! This is the literal first time I am seeing anything like this at all.
If we can take care of both of these separate balances through express toll....why did this happen to me? I pay all of my express toll balances so why on earth do they want me to pay $306.25??