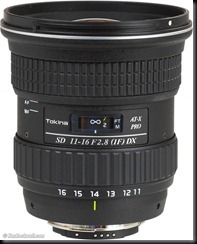 Deciding what lenses to get when setting up my new DSLR kit, the Tokina seemed like a no brainer for my ultra wide.  There were thoughts of Canon’s 10-22, but without a fixed bottom end on the aperture (the Canon is a variable f3.5-4.5), and after seeing a couple of side-by-side image comparisons (the Canon tends to stretch things at the edge of the frame), I was set on the Tokina.

However, until I started using the lens, I had no idea how AMAZING this thing is.

If you are on the fence about whether or not to make the purchase, take my word: BUY IT.  This is probably the best $699 I ever spent on anything video or camera related.  And though it wasn’t advertised on the Amazon page where I made my purchase, I actually found out that there was a rebate going on (still is at the time of this posting), and I just received my $40 back in the mail today, so I actually got it for $659.  Bonus.

It’s not often that you see a product’s price go up the longer it’s on the market, but such is the case with this Tokina lens, a testament to the demand for the product.  When this first hit the streets it was going for $100 less than today’s asking price, but even at $699 it’s still so very worth the price.

This past weekend we did a dance for the camera shoot, and one of the locations was a locker room.  The idea was to film a dancer against a long line of stainless steel shower stalls.  I had only been told about the location, and when we arrived, I was very worried that there would be no way to get the shot we wanted.  Shooting parallel down the line of the stalls obscured what we were trying to capture (the shower stalls), and shooting from the perpendicular didn’t seem feasible (I couldn’t get far enough away from the stalls).  However, once I set up the camera and put the Tokina on, I was COMPLETELY FLABBERGASTED by what could be captured, even from perpendicular.  I could only get back about 15 feet from the shower stalls, and this was sandwiched between two rows of lockers, but even so, I could shoot INCREDIBLY wide, even with my 7D’s cropped sensor (so my 11mm was actually 17.6mm). 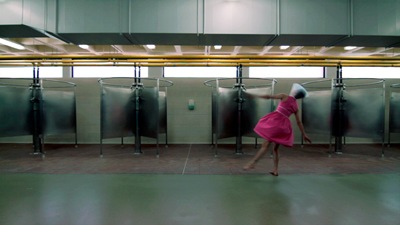 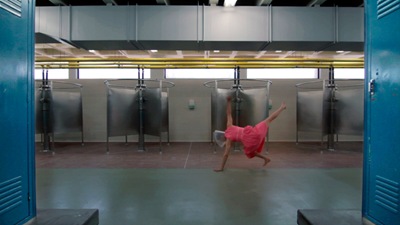 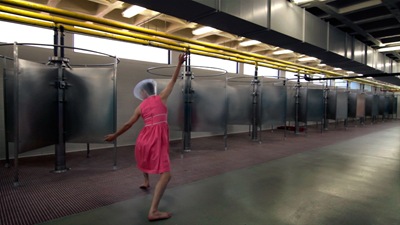 Long story short, I love this lens, and recommend it highly to anyone looking for an ultra wide for their kit.

Finally, just because I love the image, here’s a still from the shoot that I took with an old, super-cheap 50mm Nikon I got off Craigslist (I love what you can capture with old, crappy equipment in the world of DSLR filmmaking!). 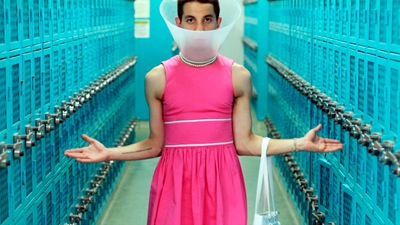 Posted by The Invisible at 9:40 AM