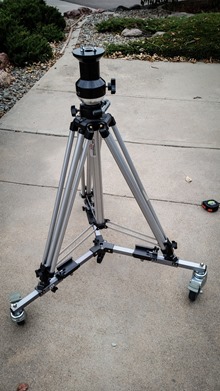 I purchased my Cowboy Studio Heavy Duty Tripod Dolly for $90 from Amazon here.

Currently I am using it with a Bogen/Manfrotto 3046 tripod that I use as the base for a 12 foot Kessler Crane.  A “real” heavy duty tripod with wheels for my crane would be nice, but this is working for now.

As with so many of these inexpensive DSLR Filmmaking items coming out of China, this appears to be the same (rebranded) item as Fancierstudio Universal Heavy Duty 150lb Max Video Cinema Film Studio Tripod Dolly FT9911 and ePhoto Universal Heavy Duty 150LB Max Video Cinama Film Studio Tripod Dolly FS9911. I'm not sure if there is *actually* a difference between the FT9911 and the FS9911 (note the "T" and "S"). This one (CowboyStudio) is ten bucks less than the "Fancierstudio" and fifteen bucks less than the "ePhoto." Do not confuse these with the "NON-heavy-duty" dollies also available from these three brands for around thirty-five bucks.

I have to say, I'm pretty impressed with the build quality of this dolly. When it first arrived I set it up and put my tripod on it, then climbed on top of my tripod and saw little to no flex (I'm about 155lbs.). Of course, the wider the spread on your tripod, the closer the feet are to the wheels, and the more weight this thing can hold (if the weight is nearer the center there will be flex).

After I climbed down I mounted my 12ft. Kessler Crane on the tripod and loaded it up with a camera and counter weights, and it works great. Smooth rolling and no issue with that amount of weight. I am very pleased. 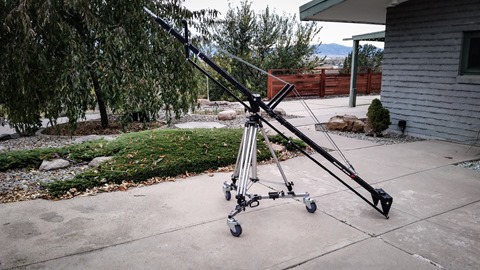 In the Amazon reviews of the other brands' products (assumed to be the identical item), someone mentioned that the spread is not adjustable, but it absolutely is. The dolly remains the same size, but the "foot clamps" slide back and forth on the three struts and can be clamped down at any point on the strut. 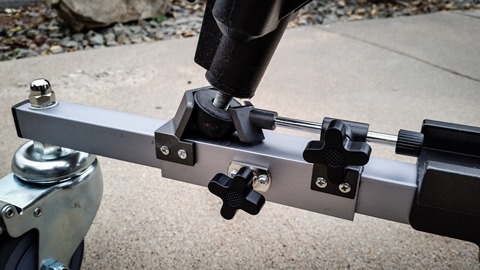 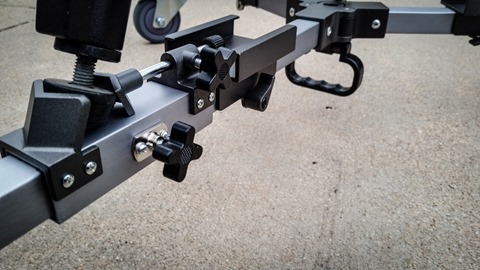 With the legs collapsed, the span on my tripod is around 24”.  That is about 6” shy of what the dolly can accommodate.  You should be able to get a tripod with a 30” spread onto the dolly without issue.  The outside diameter (wheel to wheel) of the dolly is around 35”, maybe a tad more, so you should be able to roll the dolly at it’s widest point through a 36” door opening.

The ~4" wheels are a good rubber, soft enough to absorb a little shock and roll smoothly but not *too* soft.  It also seems like they’d be pretty easy to swap out (just a nut and bolt) if anything ever went wrong with them, or if you wanted to use a different wheel. 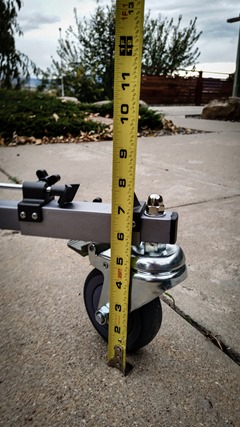 The dolly folds up nicely and comes with a sturdy, zippered nylon carrying bag.  At first I didn’t think I’d ever use the bag, but I’ve already used it several times and was happy to have it.  It’s surprisingly tough for a freebie.

When you unfold the dolly and spread the struts, there is a bolt (with a knob) in the center that screws down to lock the struts in place (it doesn't just "click" into place). It seems plenty sturdy, and the dolly definitely can’t collapse with the pin/bolt screwed down. 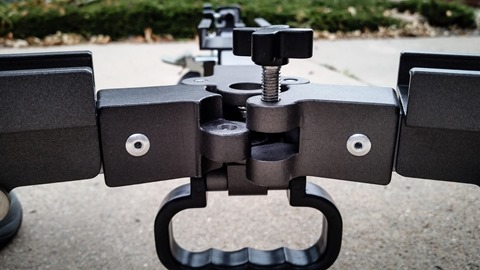 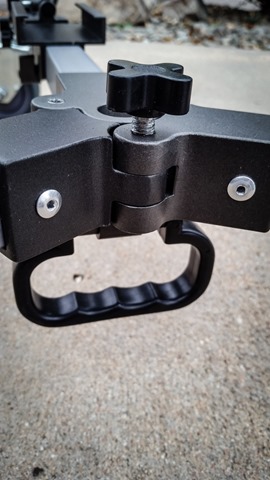 I wish the wheel locks were metal instead of plastic, but they seem like they'll last at least a while if we're careful with them. 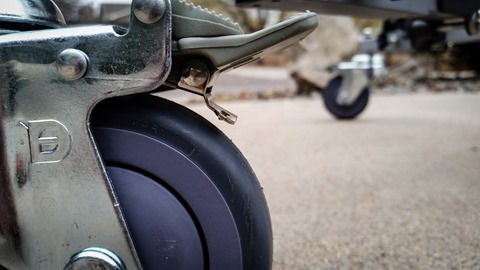 For $90 (actually listed at $85 the day of this posting), I'm definitely impressed with this tripod dolly.

Posted by The Invisible at 3:36 PM