My favorite app on my LG Gpad 8.3 tablet is almost certainly DSLR Controller by Chainfire. 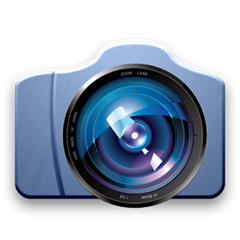 By simply attaching my tablet to my camera via USB I am able to see what my camera is seeing at high resolution on an 8.3 inch screen.  Thus my tablet is turned into a hi-rez field monitor (and my tablet was FREE!).  Not only that, but I am also able to control MANY of the functions of the camera via my tablet’s touchscreen.  In order to make this happen, your device needs to support OTG, and you’ll need an “On the Go” cable (an OTG Cable).  I purchased this two pack for $7 from Cable Matters on Amazon.

Here’s the list of functions from the app’s Google Play page:

That’s some crazy functionality from an app.  Much like Magic Lantern, Chainfire has harnessed the potential of the Canon DSLR (more specifically, the USB port) in a much more robust and useful capacity than Canon’s own USB connected software (which does little more than trip the shutter).

Even though the app has the ability to transfer photos from the camera to your device, I don’t anticipate using that functionality very often.  It’s nice to be able to use the app to move or back up pics from the camera to your tablet, but it’s pretty slow, and not very realistic to wait for the transfer to happen while you’re actively using the camera/tablet.  It’s something that you could do when you’re done, but I don’t think it’s fast enough to use on the fly.

There are several other apps that address similar functionality via the USB port of your tablet and OTG, but I don’t think any do it as well as DSLR Controller.  Not only that, but at $8 it is absolutely the most affordable solution with features this robust.  The closest competitor, Helicon Remote, offers a “free/lite” version, but it only works with low rez JPEGs (definitely not RAW), and when it comes time to purchase the full app they want FIFTY BUCKS!!!

In addition to the spectacular functionality of DSLR Controller, Chainfire has added functionality that will allow you to control your camera via WiFi (so, no wires/cables).  For camera’s without WiFi (like my Canon 7D), they have a “how to” on their website that shows how to make the app and your camera work with a simple portable wireless router(TP-LINK TL-MR3040 wifi hub) you can purchase cheap online (around $35).  This is a fantastic feature for using your camera on a jib arm.

I often mount my 7D on a 12 foot Kessler Crane and then need to use a 25 ft. HDMI cable just to be able to see what’s happening via my field monitor; now I can actually CONTROL THE CAMERA when it’s on the 12 foot jib arm.  That means focusing, changing ISO, shutter speed, iris, start/stop filming, etc., etc.!

Not only has this app turned every tablet with OTG USB functionality into a field monitor (often with superior resolution to even higher-end dedicated field monitors!), but it also gives you remote control of your camera.

This is simply a fantastic app for still photographers and DSLR filmmakers alike.

P.S. Chainfire is working on another app for auto-focus micro adjust.  Here is some text from the Chainfire site about the app (currently in alpha development):

DSLR Controller AFMA is an app made to assist Auto-Focus Micro-Adjustment calibration of your lenses on your Canon EOS bodies, based on the moiré method.

It is based on the code for DSLR Controller and as such runs on the same devices and has the same connection capabilities. Of course, your camera must support Auto-Focus Micro-Adjustment for this to be useful at all.

It is currently in alpha stage. I'm releasing it in the current state because I will be out of the country for a while, and I won't be able to finish it up further before I go. The manual (http://dslrcontroller.com/afma/) seems long and daunting, but once you've used it once or twice, it really only takes a minute or so to set up.

Posted by The Invisible at 2:49 PM